Two-room apartments ready for immediate use are available in two of the three buildings of the Residenze: they comprise a large double bedroom with windows on two sides, a spacious bathroom and a lounge with open-plan kitchen. Two home working stations are available in different rooms.

All rooms, except for the bathrooms, have floors in acacia parquet, and the apartments are offered with bathroom fittings and fully-equipped kitchen wall including induction units and electrical appliances.

The heating and hot water utilities are centralised and metered for every single apartment to reduce overheads and apportion expenses according to actual use. 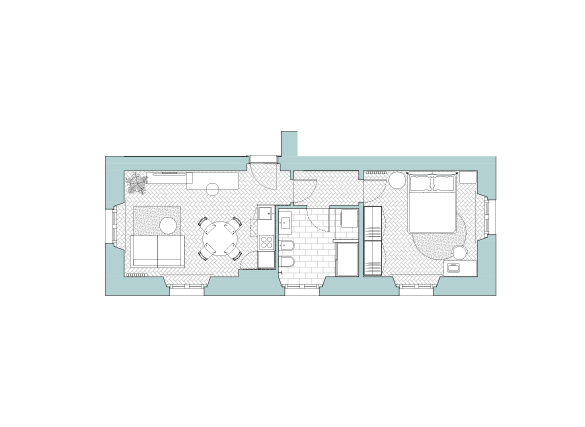 The new apartments at Residenze Daniele Crespi are available for rent, unfurnished or furnished

Rental fees will be inclusive of all extra expenses, so that tenants know exactly how much they will spend. The only exceptions are the use of water, electricity and heating, for which consumption cannot be estimated.

We offer medium- and long-term rental contracts. Special arrangements can be negotiated with companies requiring shorter rental periods for their employees.

Soon there will be a large space for storing bicycles or electric motorbikes. All the apartments have a large cellar on the basement floor; reserved, numbered places for bicycles and motorcycles are available on request.

In the new apartments, the quality of the interiors is enhanced by contemporary design that blends successfully with the period elements that are still visible.

Would you like further information or a no-obligation visit?

Enter your details so that you can be recontacted and receive information, or request an appointment for a no-obligation viewing of available solutions. 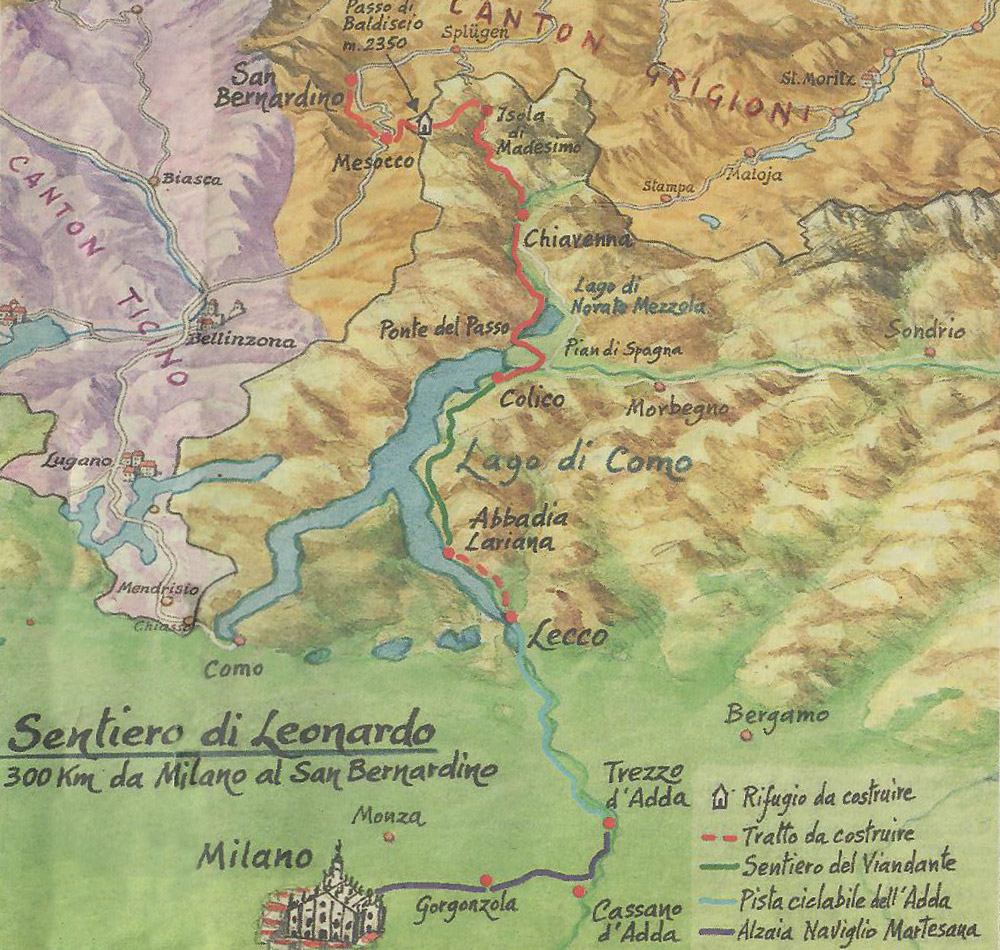 The Leonardo Path is named after the genius born in Vinci who designed the locks along the river Adda, and it links Milan to Switzerland: more specifically, the track runs from the Lombard capital to the hamlet of San Bernardino.

The 300-km route runs along the Naviglio Martesana canal, through Trezzo d’Adda and then along the river, reaching Paderno, Brivio and Imbersago where, by taking Leonardo’s ferry, you can cross the Adda from the bank on the Lecco province side at Imbersago to the opposite bank at Villa d’Adda (province of Bergamo). From here the route continues to reach Lecco, and then it moves on to the Sentiero del Viandante (wayfarer’s path) until Colico and then to Pian di Spagna (the Spagna plain), over the Passo bridge at Sorico, successively reaching the Ancient Roman ways Via Francisca and Via Spluga: Chiavenna, Madesimo, the Baldiscio Pass and finally reaching Switzerland. 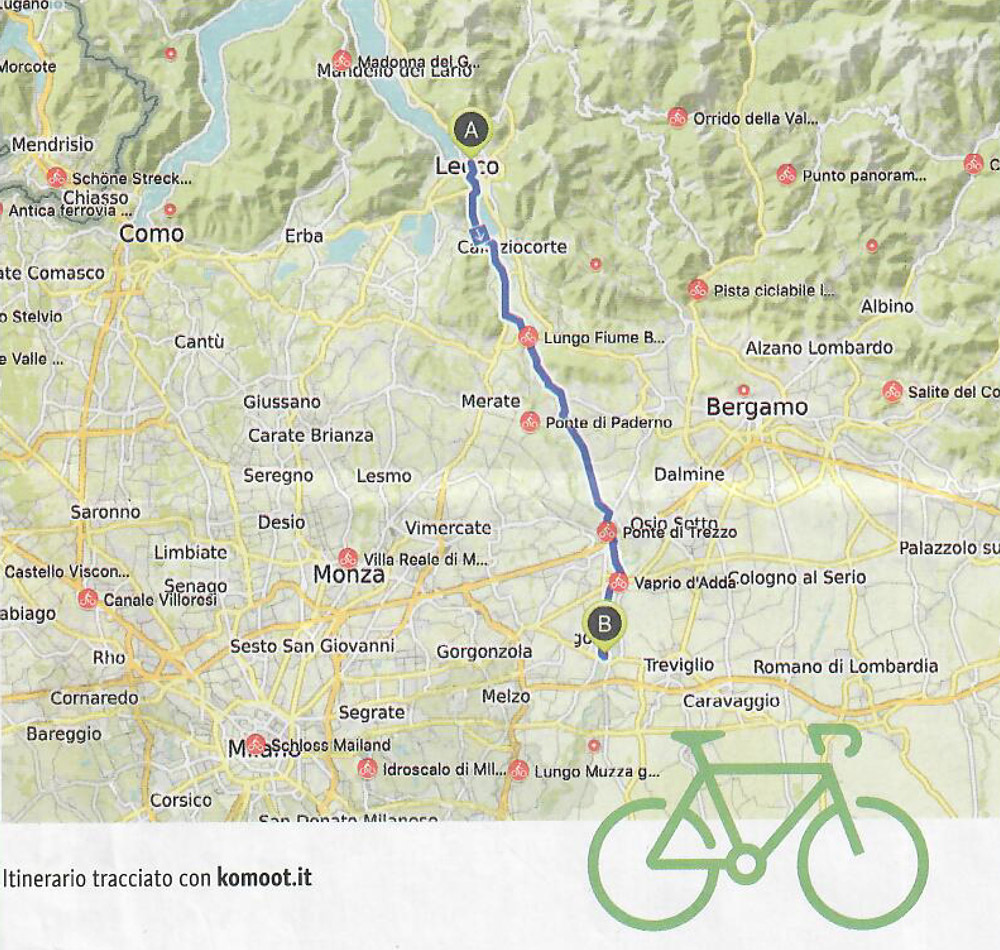 The Ciclovia dell’Adda (Adda cycle path) runs through Vaprio d’Adda, location of the remarkable Villa Melzi which hosted Leonardo da Vinci for some years; the track begins a short distance to the south, in Cassano d’Adda, and it offers an easy route, ideal for families, making it possible to reach the city of Lecco celebrated in Alessandro Manzoni’s writings.

Cassano d’Adda, Vaprio d’Adda and, soon after, we reach the famous industrial village Crespi d’Adda, part of the Unesco heritage, before continuing on to the castle in Trezzo sull’Adda built by the Visconti family, just a few kilometres away. On the river bank, on the right, first of all we see the Ecomuseo di Leonardo (Leonardo da Vinci Ecomuseum) and then the large and impressive iron bridge at Paderno d’Adda. The pleasant and relaxing route continues, bringing us first to Brivio and eventually to Lecco.