Traces of its foundation run back to 300 A.D., the period in which the “pons Aureoli” (The Bridge of Aureolus) was built over the river Adda. In fact, an important Roman road, Via Gallica, ran through this area, linking Grado to Turin, passing through Desenzano, Brescia, Bergamo, Dalmine and Vaprio.

Vaprio d’Adda is famous for Villa Melzi where, in the late 15th and early 16th centuries, Leonardo da Vinci befriended Francesco (son of Gerolamo Melzi), who would later become his favoured apprentice.

Recent findings by art historians have identified these locations as the inspiration and place of creation of the Mona Lisa, between the end of 1511 and the early months of 1512. An exact copy of the painting, probably made by Francesco Melzi d’Eril, is conserved at the Prado in Madrid.

Back in time to the “Crespi” family 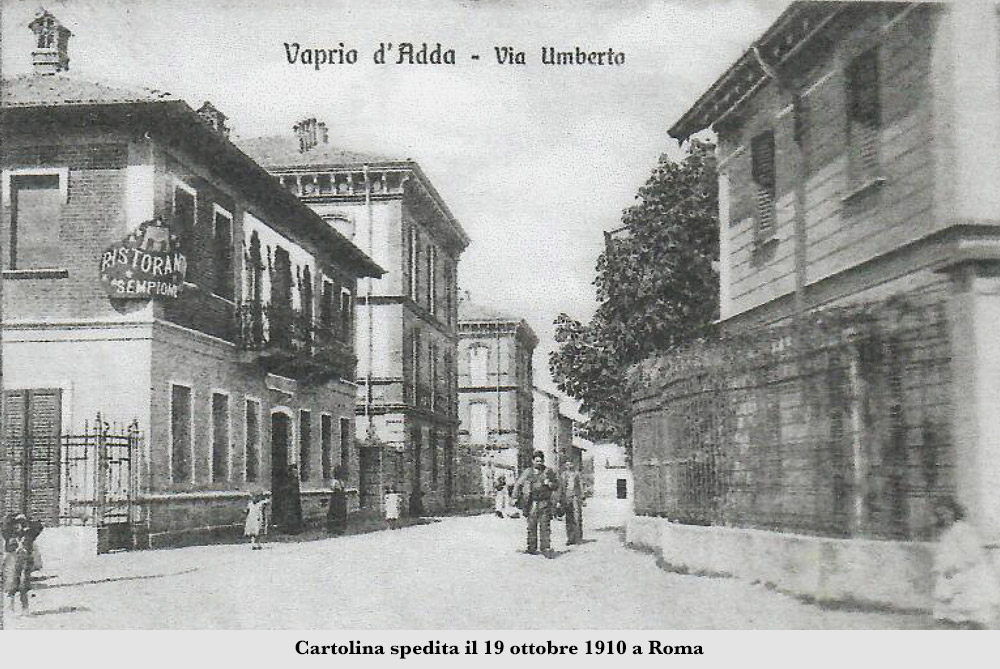 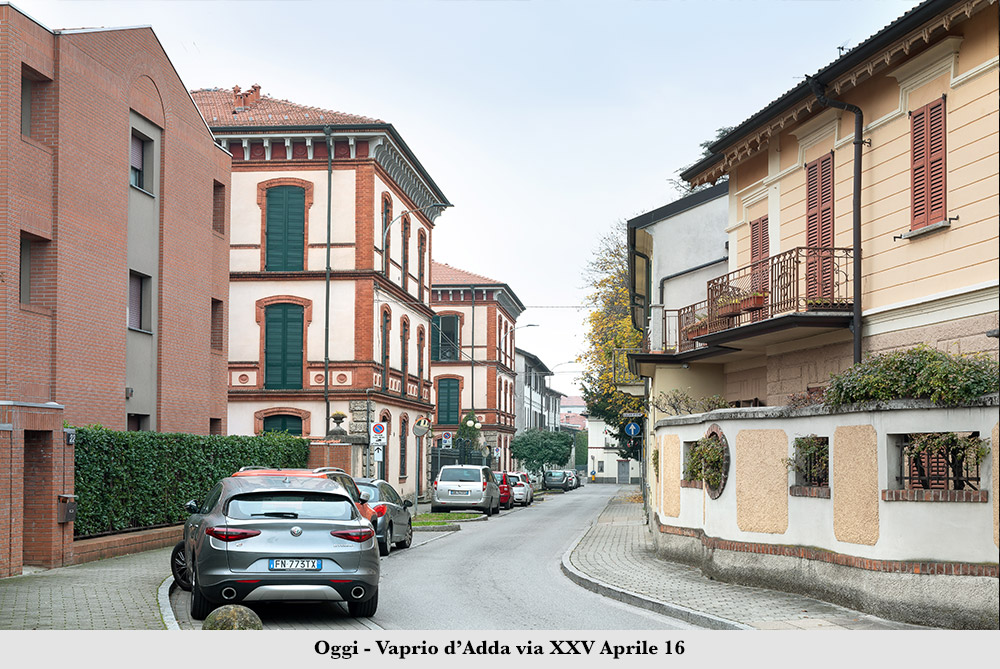 One hundred and twenty years of history in Via XXV Aprile, once known as Via Umberto. On the left, the Sempione restaurant, a famous dance hall in the 1930s and ‘40s, and, a little further on, two of the three Crespi buildings. It was Daniele Crespi, Cristoforo’s son, who decided to build the Residenze, an interesting construction that brings together elements of Lombard art, such as terra cotta decorations, along with a British-inspired touch in the railings.

In the second half of the 19th century, some members of the Crespi family were attracted by the purity of the water in the Adda valley, and its generous flow.

Impressed by the easy access to the flowing water, they decided to build a textile processing factory on the river’s left bank, in the municipality of Capriate. Later they built a paper mill on the right bank, in Vaprio d’Adda.

The origin of Residenze Crespi

The “Tengitt” were meritorious not only for their industrial enterprise, but also in the area of welfare. After having seen that there was a lack of safe and healthy homes with good natural lighting, suitable for ensuring an appropriate quality of life for their employees, they decided to dedicate their energy to the construction of residential accommodation.

This is how the Villaggio Crespi (Crespi Village), now considered part of the world heritage by Unesco, came to be built alongside the factory in Capriate. On the opposite bank, in Vaprio d’Adda, the houses named Residenze Daniele Crespi were built under the supervision of the youngest Crespi brother, between the late 19th and early 20th centuries.

In the 1960s, the new owners began to refurbish the Residenze in order to adapt them to the new needs of that period, while maintaining the original spirit of the construction.

In recent years it became clear that radical extraordinary maintenance of the buildings was necessary in order to improve their safety, implementing anti-seismic measures and improving the utilities’ energy efficiency while still retaining the houses’ historic core unchanged.

“There were some strawberry plants in various points of the garden, which had been planted by my grandfather. I liked searching for the ripe or nearly-ripe red fruits amongst the green leaves. I think that we could plant strawberries again, as small and flavoursome as they were then, for the children of today and tomorrow.
While I was searching for the most suitable variety on the internet, I remembered a phrase and at last I understood its meaning: ‘things of beauty are never possessed entirely, they are held in trust for future generations’.”

Would you like further information or a no-obligation visit?

Enter your details so that you can be recontacted and receive information, or request an appointment for a no-obligation viewing of available solutions.